In The Press: Hyperallergic

"Birds Can Now Nest in a Living Sculpture in Brooklyn"

New York City is part of the Atlantic Flyway, a major bird migration route that swoops along the Atlantic Coast all the way from the Arctic to the Caribbean Sea. Commuting birds, like many New Yorkers, enjoy the respite of Central Park, but have few other options for food and rest in concrete-heavy Manhattan. Artist Anina Gerchick’s “Birdlink” is envisioned as a year-round living sculpture for local and migrating birds in these urban areas.

“The original idea was to have this in the densest urban areas possible so that it would really fill in a gap, especially since birds tend to fly over the Atlantic Flyway, see Central Park, land there, and then have to move north or south from that point,” Gerchick told Hyperallergic. “It’s been shown that they really do need places to rest and get more sustenance, so the idea was to provide some pockets — even if they’re small — to make a corridor. We ended up having the opportunity to build it on Governors Island, which is a very different place, but a perfect place to launch it.” 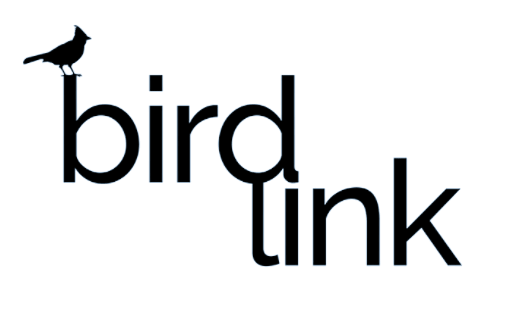 Art Instigates Transformation
About UsNewsBuild a HabitatEducationPublic InstallationsResidential ConfigurationExpand the NetworkContact Us
Newsletter
Stay up to date with our organization. Receive tips and useful information.
© 2021 Birdlink.world | Web Design by
Real Nice Websites